When it comes to salaries, location can play a significant role.

Credit Karma compiled and analyzed a variety of publicly available data sets — namely from the federal Bureau of Labor Statistics — to find the highest-paying jobs in every state.

It’s worth noting first that in every state, the highest mean wage goes to a physician of some type — with salaries ranging from $305,820 to $381,830, depending on the type of medical practice and the state.

Read on for more, including how jobs in other occupations — finance, law and law enforcement, engineering, sales and nursing — stack up. 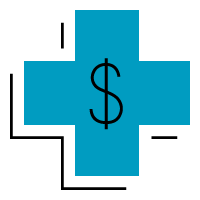 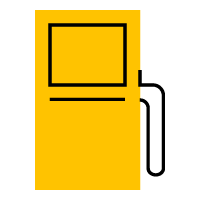 Petroleum engineers, personal financial advisors and sales engineers are some of the notable non-medicine occupations that rank among the highest paying in many states 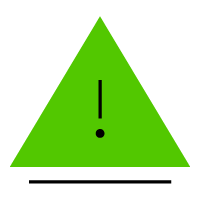 Highest-paying job in each state

Jobs in the “healthcare practitioners and technical” occupations group, which includes physicians, dominate nationwide in terms of having the highest pay. In every state, the top-earning job is a doctor of some kind.

On this map of the U.S., you can select any state to see its highest-paying job and average salary for that job.

As this table shows, Georgia’s best-paying job title — non-pediatric orthopedic surgeon — has the highest annual mean wage in the U.S. with a salary of $381,830.

Beyond the field of “healthcare practitioners and technical” occupations, we reviewed which jobs pay the best within other major occupations, as categorized by the BLS.

In 37 states, personal finance advisor is the highest-paying job under “business and financial operations” occupations.

In fact, in 33 states, first-line supervisors and detectives are the highest-paying jobs in the “protective service” occupational category.

In 26 states, the highest-paying law jobs are lawyers, who earn a national average of $148,030 a year. In all but three of these 26 states, lawyers have an annual average income of more than $100,000 (the exceptions being Mississippi, Montana and Wyoming).

New York is the state where lawyers make the most money, beating the national average with a mean annual wage of $179,060.

Engineering jobs, which come under the “architecture and engineering” occupations category, offer solid salaries in many states. Computer hardware engineers are the highest-paying engineering jobs in 12 states.

Some sales jobs pay a significant salary. The most notable of highest-paying sales jobs are sales engineers, whose national average annual pay is $118,630.

Sales engineers typically need to have a bachelor’s degree-equivalent in engineering because of the technical intricacies and uses of the products they sell. Twenty-nine states have sales engineers as their highest-paying sales jobs, with Maryland offering the highest salary at $150,950 per year on average.

Nursing is a major and growing occupation in the U.S.

According to the BLS’s Occupational Outlook Handbook, 3,080,100 people were employed as registered nurses as of 2020, with an expected growth rate of 9% by 2030.

For nurse anesthetists, nurse midwives and nurse practitioners, the growth rate is even greater: 45% over the next 10 years, equivalent to adding 121,400 new jobs on top of the current 271,900.

Highest-paying job in each occupational group

Common questions about the highest-paying jobs in the U.S.

Which state has the most high-paying jobs?

California has 189 different jobs with average annual salaries of more than $100,000. That’s the greatest number of six-figure salary jobs in one state.

Which jobs have the highest salaries?

Healthcare jobs tend to dominate the highest-paying jobs in most states and on the national level. For example, the national average annual wage for cardiologists — the highest paying job in the U.S. — is $353,970.

What income do you need to be in the top 10?

Which states have the lowest-paying jobs?

Mississippi typically has the lowest-paying jobs. Its average annual salary for all occupations in the state is $42,700.

To identify the highest-paying jobs in every state, we analyzed all U.S. states, then scored and ranked them based on the annual mean wage for occupations in May 2021. Occupations were chosen based on the Bureau of Labor Statistics’ Standard Occupational Classification that categorizes an occupational level as “detailed.” Other SOC occupation levels such as “major,” “minor” and “broad” were excluded for being too general in their occupational title.

States were then ranked in order of the average annual wage of the highest-paying job in the state.