Lots of people wish they could pay less in taxes. Whether you’re thinking about making a move or you’re just curious, you can check out Credit Karma’s 2022 study on the states with the lowest taxes.

The five states with the overall lowest taxes are (No. 1 is lowest):

And the five states with the overall highest taxes are (No. 1 is highest):

Read on for more details and context. Note: While the list for overall lowest and highest taxes are weighted, ranked lists, the individual factors themselves were not weighted within the variable. The other tax rankings are components that were considered in determining the overall tax rankings. Those lists were not calculated using a weighted formula. 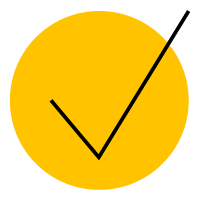 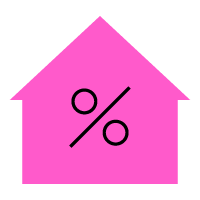 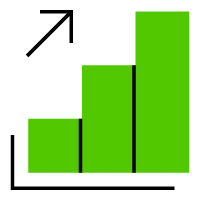 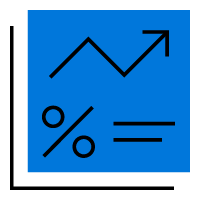 Overall ranking of states with the lowest taxes in 2022

In Credit Karma’s study, a lower score equals a lower overall tax rate. Check out the overall rankings of state taxes and some of the contributing factors below:

States in New England and California had some of the highest overall tax rates. The states with the lowest taxes were scattered across the country without any apparent common characteristics.

Alaska had the lowest taxes overall, mostly because of its nonexistent income and state sales tax. However, the state fell in the middle of the pack in terms of the average effective property tax rate (the average percentage of a property’s value that the owner pays annually in taxes). New Jersey had the dubious honor of having the highest taxes overall because of its high average effective property tax rate and higher personal income tax rates.

States with the lowest personal income tax rates in 2022

The states with the highest personal income tax rates were:

All the states in the above table operate on a marginal basis, which means portions of your earnings are taxed at different rates. For example, pretend you live in the great state of Imagination and make $60,000. In Imagination, the tax table looks like this:

So how much do you actually pay in taxes (excluding one-times taxes or fees) in a marginal tax system? Here’s how you estimate it:

First, break out how much money you make in each category and then multiply the amount by the tax rate in decimal form. So in our above example, the taxes owed on a marginal basis would look like this:

If your entire income were to be solely taxed at the highest rate, then someone making $60,000 in Imagination would owe $12,000 in taxes — $3,000 more than they would using the marginal system.

Because of the marginal tax rates, it’s important to know the tax brackets along with the income tax rates. Although California has the highest possible income tax rate, Oregon’s top tax rate kicks in at a much lower income level compared to California’s. That means a person could potentially end up paying less state income tax in California.

One thing to note: Income can be taxed at both the federal and state level. Even if a state doesn’t have a personal income tax, an individual may still owe money on their income to the federal government.

States with the lowest sales tax in 2022

There are five states with no statewide sales tax. They are:

Sales taxes can be levied on the state and local level. For this study, we only used state-level sales taxes from the Tax Policy Center.

The states with the highest statewide sales taxes were:

Interestingly, there’s a cluster of higher-sales-tax states in the center of the country, which runs contrary to the trend of coasts tending to be higher-cost areas.

States with the lowest average effective property tax rates in 2022

Note that there’s a tie for third and fifth place for states with the lowest average effective property tax rates.

Hawaii is the real surprise on this list because it typically ranks as a pretty expensive state, especially in terms of the cost of property. In our study on the cheapest states to live in, Hawaii came in as the most expensive state for average Zillow home value, average rent and cost of living.

The state with the highest average effective property rate is New Jersey at 2.47%, followed by Illinois at 2.24% and Connecticut at 2.13%.

To determine which states have the lowest taxes, this study analyzed all 50 U.S. states using the follow criteria:

All states were given a score for these categories and then ranked by tax type (such as, states with the lowest property taxes or with the lowest income taxes) and by overall ranking.

Cheapest States To Live In for 2022

Best and Worst States to Retire in 2023